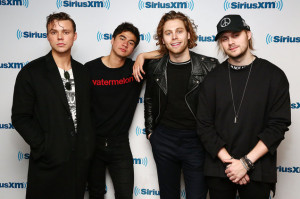 5 Seconds of Summer ‘s No Shame Tour for 2020 will be held at the Rockland Trust Bank Pavilion on September 2, Wednesday. hailing from Sydney, Australia, this pop rock band is also known as 5SOS. They started back in 2011 and has four members who are Luke Hemmings for the lead vocals plus guitar, Calum Hood for the backup vocals and bass guitar, Michael Clifford for guitar and backup vocals and lastly Ashton Irwin for drums and backup vocals. They actually started their careers in Youtube as a band that covers various songs, making renditions of their very own. Their international release began through “She Looks So Perfect” back in 2014 and this song topped the charts worldwide for weeks. This band’s performance is surely worth it so you really need to score yourself tickets before they run out. Buy tickets now!