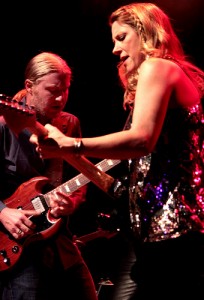 The all American rock and roll band that has become an institution on its own are setting foot in Boston. The Black Crowes known for selling 20 million albums and having a treasure chest of chart topping albums and hit singles will be joining hands with Tedschi Truck band which is another legendary rock music band. The two bands will be seen at the Bank of America Pavilion on the 30th of July 2013. This is one event that the music lovers in Boston should not miss at any cost.