Bon Iver is taking their act on the road for a series of gigs in various parts of  America.  Their Boston, MA leg will  be held at the Bank Of America Pavilion on the 13th of September 2012. 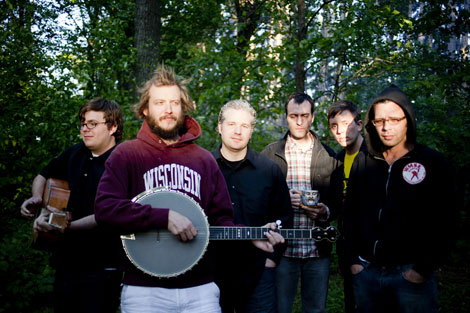 Bon Iver (pronounced “bon ee-VAIR”) is derived from the French phrase ‘bon hiver’ meaning ‘good winter’.  And true enough, Bon Iver has had good, and even great things coming their way.  This indie folk band from from Eau Claire, Wisconsin, and have been playing since 2007.  They self-released their indie debut album For Emma, Forever Ago.  The album did not go unnoticed by the ears of critics and music magazines who gave them nothing but rave reviews.  The album was even picked for release in the UK and Europe by the iconic indie label 4AD, in 2008.  In 2011, the group’s sophomore self-titled album was hailed in many parts of the world, and in 2012, they bagged well-deserved Grammy Awards for Best New Artist and for Best Alternative Music Album.