Brandi Carlile and Josh Ritter team up for a summer tour which will take them to several key cities in the U.S., including a one-night only performance at the Bank of America Pavilion in Boston, Massachusetts, on the 4th of August 2012. 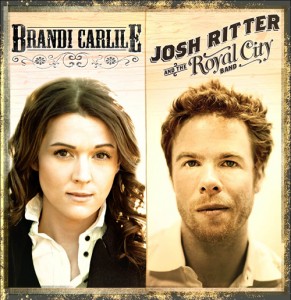 Brandi Carlile and Josh Ritter  will co-headline a summer concert in support of their latest album releases.

Brandi Carlile is an alternative-country, and folk-rock singer-songwriter.  She has recently released her fourth album “Bear Creek”, which features the lead single “That Wasn’t Me”.  This album is a follow-up to her 2009 effort Give Up the Ghost.

Josh Ritter takes his act to the live stage to promote his newest EP Bringing in the Darlings.  Though this EP is a full acoustic recording, with only Ritter and longtime producer Josh Kaufman, his tour includes his full band, The Royal City Band. Ritter’s music is defined by his Americana-style narrative lyrics.  He is a recognized singer-songwriter, guitarist, and author. He earned the citation as one of the “100 Greatest Living Songwriters”  from Paste magazine.