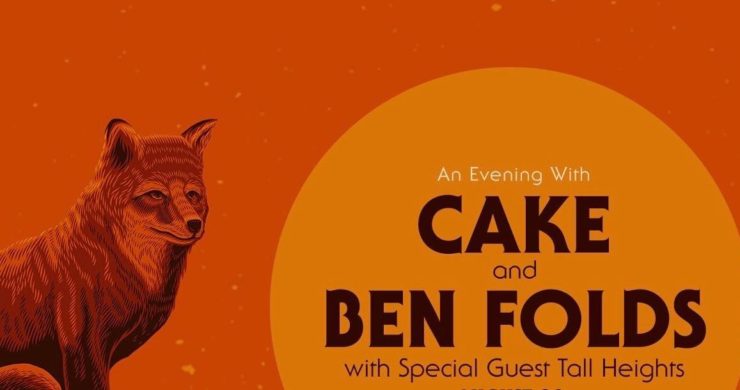 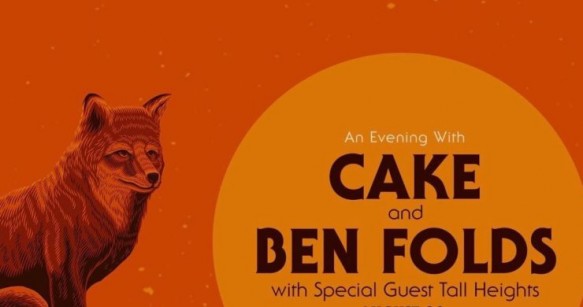 Ben Folds and Cake are coming to the Blue Hills Bank Pavilion on Monday 13th August for a co-headlining tour.

Ben Folds has had an amazing career, from 1995 to 2000, Folds was the frontman and pianist of the alternative rock band Ben Folds Five. After the group temporarily disbanded, Folds performed as a solo artist and has toured all over the world, collaborating with musicians such as William Shatner, Regina Spektor and “Weird Al” Yankovic whilst undertaking experimental songwriting projects with authors such as Nick Hornby and Neil Gaiman.

Folds produced Amanda Palmer’s first solo album and was a judge on the NBC a cappella singing contest The Sing-Off from 2009 to 2013. More recently, he’s currently employed as Artistic Advisor to the National Symphony Orchestra at the Kennedy Center in Washington, D.C!

A ticket presale has already taken place, artificially limiting the availability of tickets to the general public, so if you want to see An Evening With Cake & Ben Folds at the Blue Hills Bank Pavilion, buy your tickets now whilst there are still some left.