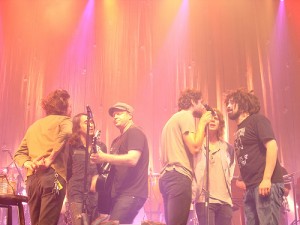 The Counting Crows & The Wallflowers who are two of the popular bands that topped the charts in the 1990’s will be seen performing live at the Bank of America Pavilion. the bands are all set to entertain their gathered fans on the 18th of June 2013. The Counting Crows shot to fame and are well-known for their popular tracks such as ‘Mr. Jones’, ‘August and Everything After’ and were nominated for the reputed Academy Awards for ‘Accidentally in Love’. ‘Bringing Down the Horse’ is one of the chart topping numbers of The Wallflowers.