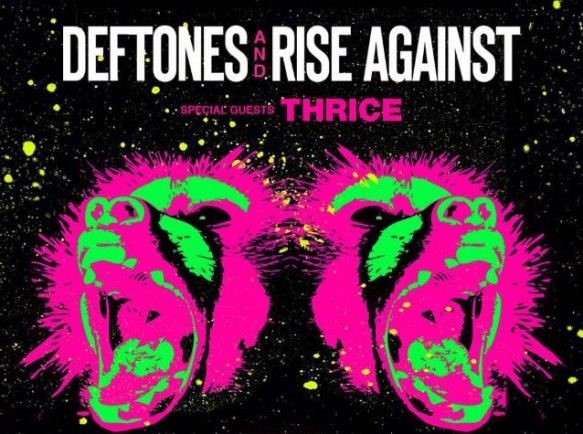 Deftones and Rise Against are coming to the Blue Hills Bank Pavilion, on Friday 16th June!

Deftones fans should remember that the band released their latest LP Gore last year, while Rise Against diehards have been waiting for a new album since 2014’s The Black Market.

In a press release, Rise Against shared the following statement:

Every once in awhile you get to share the stage with a band so powerful they make you work harder. After conspiring for years, we’re excited to finally share the road with such an epic band. We can’t wait to put Deftones and Rise Against fans under the same roof in 2017.

We’ve been talking to Rise about touring together for a while now. Finally, everything aligned and we get to spend the summer playing shows with our friends. We couldn¹t be more excited and can’t wait to see you at the shows.

Tickets for Deftones and Rise Against at Blue Hills Bank Pavilion, are in high demand as the North American tour only spans 2 months. Buy your tickets now before they sell out.