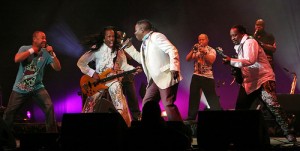 The Bank Of America Pavilion will be hosting the musical genius of the band Earth, Wind & Fire. This is a legendary American band known for its presence in a wide spectrum of music. They are known and critically acclaimed for their work in the soul, disco, funk, jazz, rock and R& B genre. The band will be seen performing live at the Bank Of America Pavilion on the 5th of June 2013. Some of their all-time hits include “Devotion”, “Sing a Song”, “Reasons”, “Fantasy”, “Let’s Groove” and many more dynamic numbers.