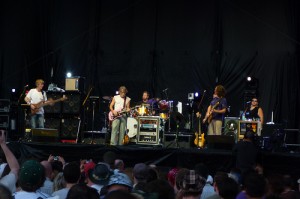 If you are a hardcore rock music fan then you must get yourselves tickets to the upcoming concert that will be held at the Bank of America Pavilion. This concert is going to witness the coming together of not one but three super stars of the rock music genre. On the 17th of July 2013 the popular band  Future comprising of Phil Lesh and Bob Weir will unleash their musical fury at the gathered fans as they will perform to their number one hits and other popular tracks. The concert is scheduled to being at 5  p.m.