Who are the Gotye fans out there?  You’ve been wishing, praying, and waiting.  Now here he comes!  Multi-platinum artist Gotye embarks on his biggest US tour, and part of his extensive itenerary is in Boston MA.  He will be performing at the Bank Of America Pavilion on the 22nd of September 2012. 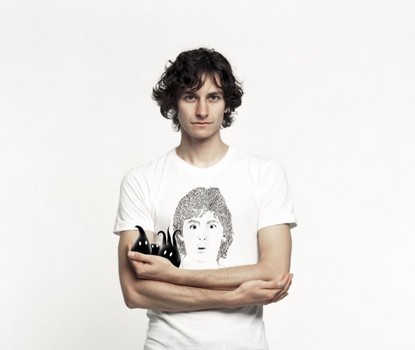 Gotye is currently one of the most long-staying names in music charts all over the world.  Thanks to his massive worldwide hit “Somebody That I Used To Know” (featuring Kimbra), Gotye has become a household name.  Aside from the song’s 267 million plus (and counting) views on YouTube, it has also spawned thousands of viral videos, including an amazing cover rendition of the one-guitar-playing-band Walk of The Earth.  With these, he currently holds the record of being the first Australian artist to reach Number 1 in the US since Savage Garden.  In real life, he is named Wouter “Wally” De Backer, of Belgian-Australian descent.  His sound is said to hark back to the 80s electro-pop music, and his voice has often been labelled as a cross pollination of Peter Gabriel and Sting.