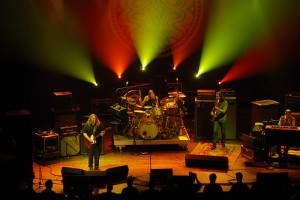 The rock music fanatics in Boston and the surrounding areas can congregate at the most happening music concert of the year as the rock band Gov’t Mule are all set to perform at the Bank of America pavilion. Govt’s Mule is a rock and jam band that was formed in the year 1994 as an offshoot or a side project of the well known The Allman Brothers Band.  Govt’s Mule went on to achieve various feats and carved a name for itself in the industry. They will be seen performing live at the Bank of America pavilion on the 31st of May 2013.