Il Volo takes flight.  Yes, they’re flying in a number of key cities in America to bring an enchanting night of opera music. They’re bound for Boston, MA on the 8th of September 2012 for a one-night only show at the Bank of America Pavilion. 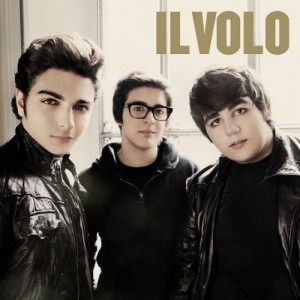 Teen Opera.  Teen Tenors.  Yes, you read it right, Il Volo are teenagers who sing operatic pop music.  Handsome, fresh, and amazingly talented, Piero Barone (17), Ignazio Boschetto (16), and Gianluca Ginoble (16), are today’s generation of the three tenors.  The boys jumpstarted their careers via the Italian talent show “Ti Lascio Una Canzone”.  They immediate won over the audience with their lawless rendition of the Neapolitan standard “O Sole Mio.  Then came a recording deal which produced their self-titled debut album in 2010, which is already certified gold and now leading to platinum.  In February 2010,  the boys took part in the We Are The World: 25 for Haiti, to represent Italy by singing on the charity single, upon the invitation of none other than the legendary Quincy Jones.  In May 2011, they were also invited to do a number at the 10th season  American Idol, and dazzled millions of audiences with their stellar performance.