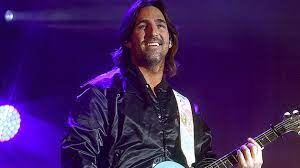 Jake Owen is a country music singer and songwriter from Vero Beach, Florida. He has released six studio albums, and his most recent, American Love, debuted at No. 4 on the Billboard 200. His singles “Barefoot Blue Jean Night” and “Beachin’” both topped the Country Airplay chart.

Owen will be performing at the Leader Bank Pavilion on Sunday, September 4th, 2022. Tickets go on sale Friday, June 9th at 10am.

Owen’s music is a mix of country, rock, and pop, and he is known for his laid-back and easygoing personality. His live shows are high-energy and interactive, and he always puts on a great show for his fans.

If you’re a fan of Jake Owen or country music in general, then you won’t want to miss this show. It’s sure to be a great time, so be sure to get your tickets early.

Tickets to Jake Owen at the Leader Bank Pavilion are selling fast, buy yours now whilst some are still available.