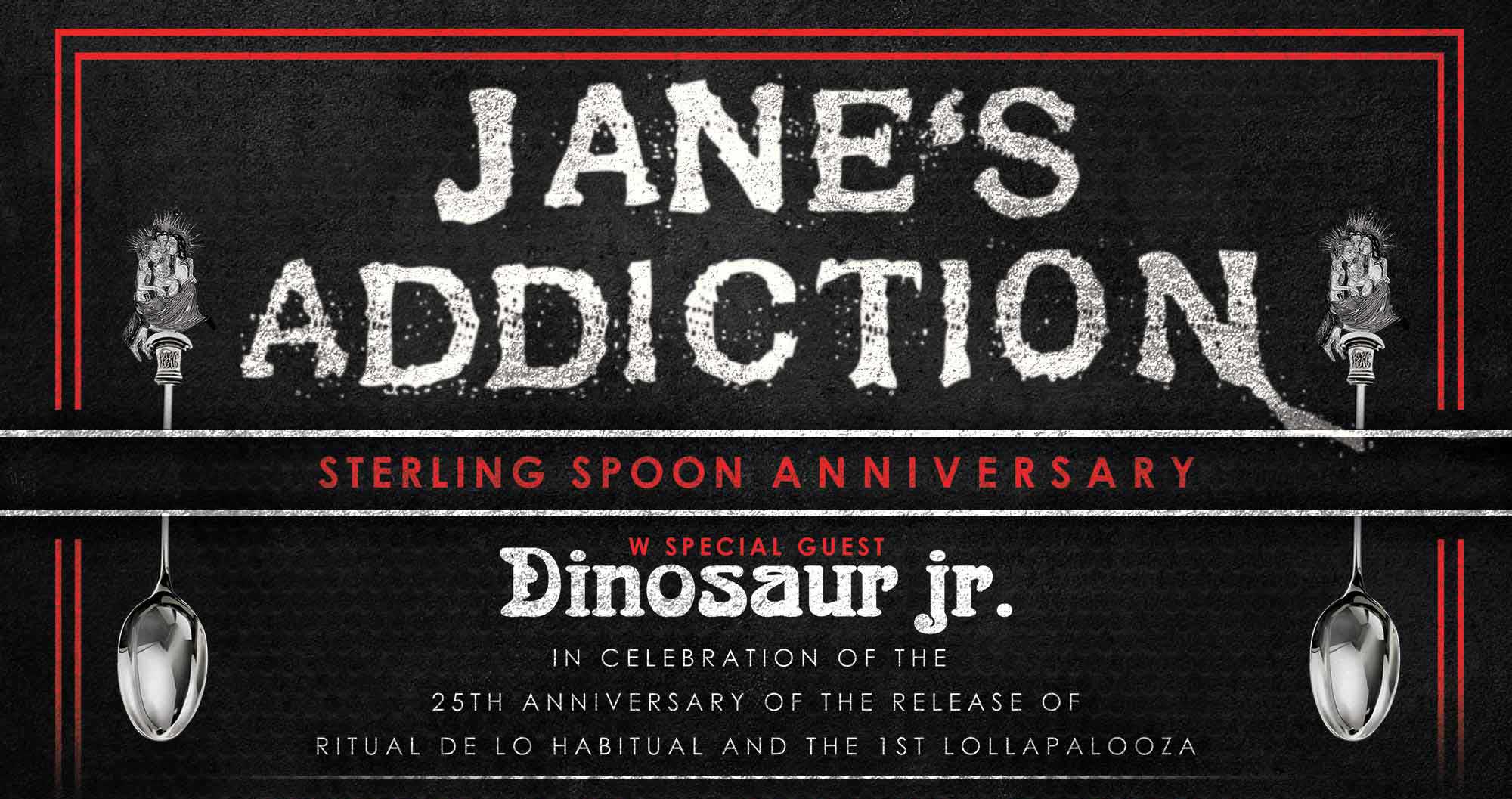 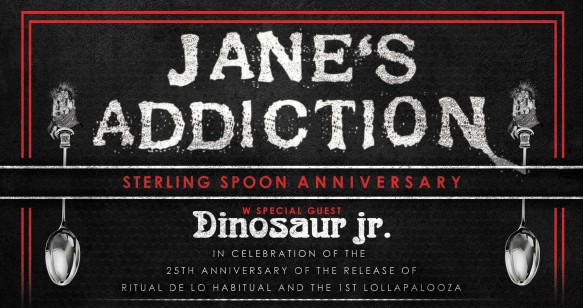 Jane’s Addiction are going to the Blue Hills Bank Pavilion on Tuesday 19th July for their The Sterling Spoon Anniversary Tour and bringing Dinosaur Jr. and Living Colour with them!

The Sterling Spoon Anniversary Tour is to celebrate their album, Ritual de lo Habitual, turning 25 last year. While Jane’s Addiction will perform songs from their entire catalog, each show’s setlist will feature a special selection of tracks from Ritual.

Along with celebrating Ritual de la Habitual, 2016 also marks the 25th anniversary of Lollapalooza, which Jane’s Addiction singer Perry Farrell founded in 1991 as a traveling festival. While it went on hiatus in 1997, the festival was revived in 2003, canceled in 2004 and finally settled in its new home, Chicago’s Grant Park, in 2005; it has since expanded to include festivals across South America.

Tickets are already available and selling fast so to guarantee your place for this momentous show, make sure to buy yours today!