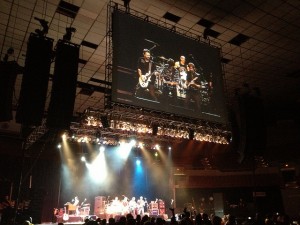 John Fogerty is scheduled to perform live this season in Boston. This California born rock singer is also known for his song writing skills and is electric with his guitar. The rock star will be seen performing live at the Bank of America Pavilion located in Boston. The concert will be held on the 16th of July 2014 and is indeed a highly awaited and anticipated event of the season. Watch John Fogerty live in action and witness him cast a spell on his fans. He attained fame both as a member of the Creedence Clearwater Revival  as well as a solo recording artist.