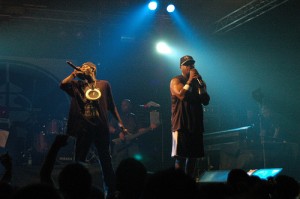 The Kings of the Mic tour is all set to kick off in Boston. The tour that features the musical wizards LL Cool, Ice Cube and Public Enemy will be seen performing in front of the gathered fans in Boston. The event will be held on the 19th of June 2013 at the Bank Of America Pavilion. This is a highly anticipated concert of the year as LL will be joined by the Def Jam label mates who have accomplishes a lot in their own right. Ice Cube is a famed rapper turned actor and the musical genius of De La Soul and Public Enemy is world-renowned.