The word is out!  O.A.R. is hitting the road for their mega-tour billed as ‘The Summer Crush Tour 2012’.  Join their battalion of fans making their way to the Bank of America Pavilion in Boston, Massachusetts on August 3, 2012. 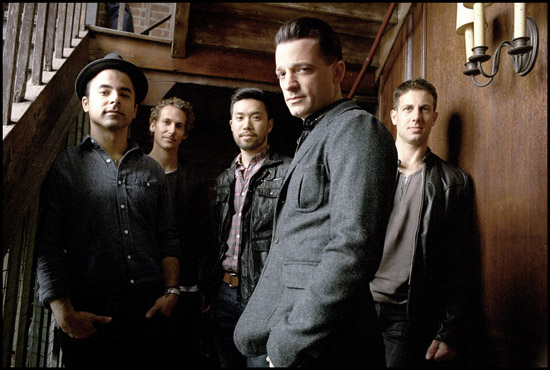 O.A.R. (Of A Revolution) is the perfect example that rock and roll dreams come true by taking charge of  your own fate and working through the ‘word-of-mouse’.  Contradictory as it may seem, O.A.R. owe their initial taste of success from Napster (a former popular file-sharing webiste) and other piracy sites.  They took the mp3 file sharing practice to their advantage.  College students from their alma matter, The Ohio State University, and soon other campuses, were raving over their college radio hit single “Crazy Game of Poker”. This college-garage band turned internet radio superstars also release another single, “Risen”, which  debuted at #11 on Billboard’s top internet sales charts.  Eventually, the big guns from major music labels started banging at their doors.  They signed-up with Lava Records and released their major label debut album “Stories of A Stranger” in 2005.  The rest is indie-fledgling-band-hits-the-mainstream history.  To date, O.A.R. is recorded to have sold in excess of 1.2 million albums over their career.