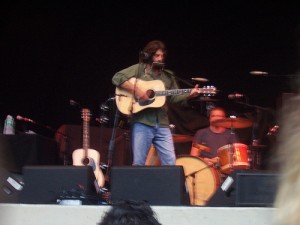 Ray LaMontagne  the popular folk singer who was born in Nashua, New Hampshire and attained immense fame and popularity due to his soul stirring music will be seen performing live  in Boston. The talented and acclaimed singer will be performing live at the Bank of America Pavilion on the 30th of May 2014 and this is going to be one event that will truely amaze the gathered fans. His debut album named LaMontagne has won 4 awards make sure to be at the venue on time so as not to miss out on any of the magic.