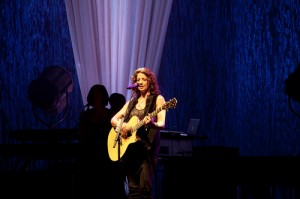 Sarah Mclachlan the singer known for her exceptional vocals will be performing at a live concert in Boston. The concert is scheduled to be held on the 19th of July 2014. The singer has over the years gathered several number one hits and successful album to her credit. She is most popular for her emotional renditions and her ballads are known to be soul stirring.  Angel, Building a Mystery, Adia, Possession and Fallen are among some of her unforgettable songs. The concert will be held at the Bank of America Pavilion.