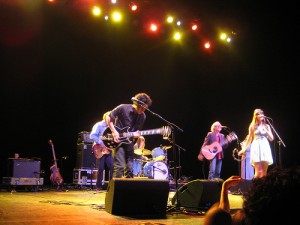 Watch out fans as She and Him will be seen performing live at the Bank of America Pavilion this season. The dynamic duo will be seen at this venue churning out their hit singles on the 7th of July 2013. Deschanel and Ward together have given their fans approximately 12 songs and 3 covers and are known for their effortless pop records. Their albums tend to comprise of some of the most dynamic and complex songs with disco grooves and string arrangements and the famous horn flourishes.