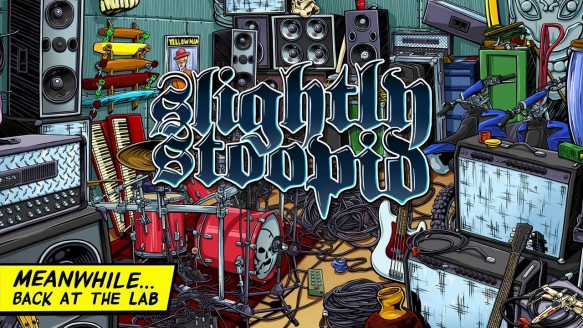 San Diego’s Slightly Stoopid is coming to the Blue Hills Bank Pavilion on Thursday 18th August for their Red Eye Summer Tour with Soja, The Grouch and Eligh & Zion I!

Slightly Stooped are expected to play tracks from their latest album, Meanwhile…Back At The Lab as well as cuts from previous albums released over the group’s two-decade-plus career.

With twelve albums behind them, their fusion of folk, rock, reggae and blues with hip-hop, funk, metal and punk has been rocking fans out for 20 years. Their eighth studio album, 2015’s Meanwhile…Back at the Lab, topped the indie and alternative billboard charts at number 3!

A ticket presale for their fan club has already taken place so make sure to buy your tickets now before they sell out completely.