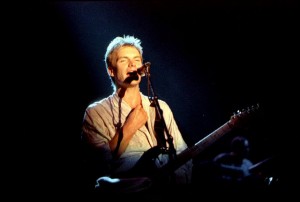 For all the fans of Sting there is some good news to share as the English musician and world renowned artist will be creating a night to remember for the fans in Boston with his live performance. Sting who started his career as the lead singer for the popular rock band called ‘The Police’ will be seen at the Bank of America Pavilion on the 21st of June 2012. Sting has a huge fan base owing to his hit albums that also got him the coveted Golden Globe, the Emmy and entry into the Rock and Roll Hall of Fame.