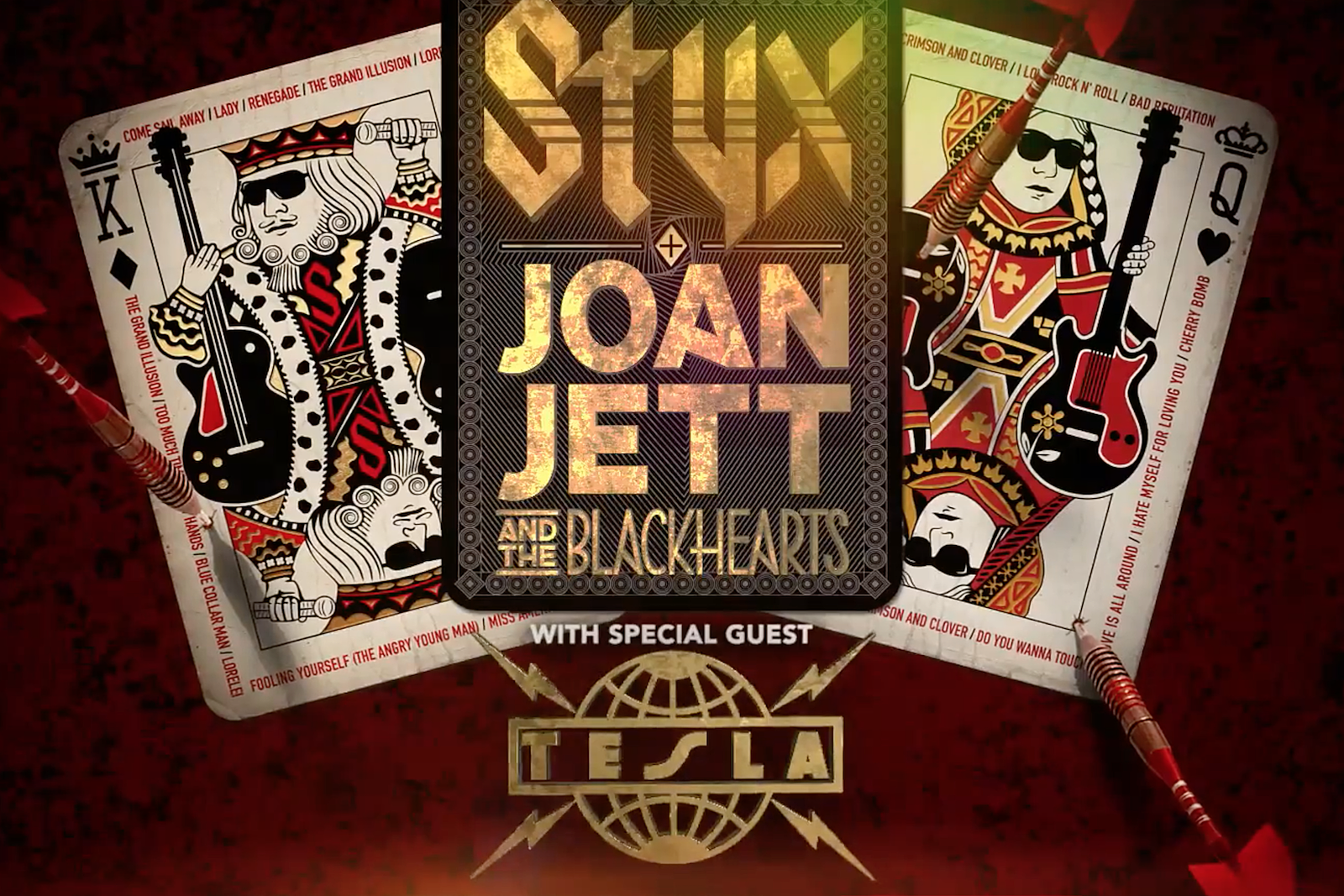 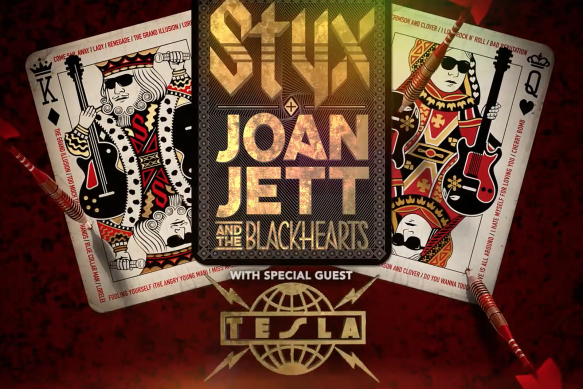 Rock and Roll Hall of Fame inductees, Joan Jett & The Blackhearts have had eight Platinum and Gold albums with nine top 40 singles!

Tesla’s have sold more than 25 million albums over the melodic hard rock quintet’s 35 year career, with their ninth full-length album, Shock, due out in the fall this year!

Styx regularly sell out stadiums and 2018 is going to be no exception. Make sure to buy your tickets now whilst you have the chance.