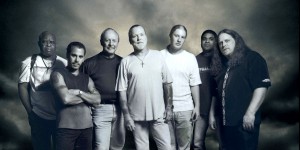 The Allman Brothers Band is all charged up to rock the fans in Boston. Those who do not live in Boston but wish to attend the upbeat and highly sought after concert of The Allman Brothers Band should get tickets to the show that is going to be held on the 7th of August 2012. The prestigious and popular concert venue Bank of America Pavilion is the chosen performance center in Boston. “At Fillmore East” was their very first commercially successful effort and ever since they have given the rock and blues music genre various stupendous songs.