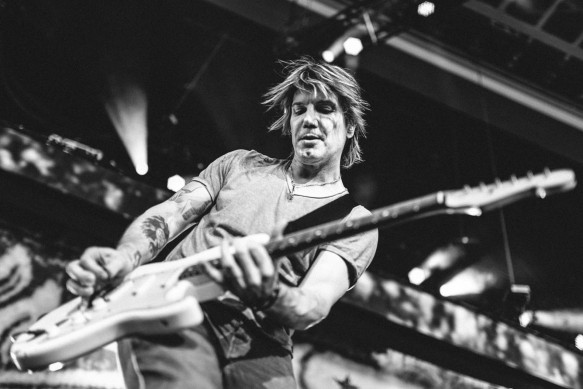 Two of the most popular bands of the 1990s are hitting the road together! Tuesday August 16 sees The Goo Goo Dolls and Collective Soul are making their way to the Blue Hills Bank Pavilion along with special guests Tribe Society!

Formed in Buffalo, the Goo Goo Dolls were scrappy post-Replacements rockers before their mainstream breakthrough with the wistful, acoustic-guitar-driven “Name.” Now, they’re best-known for their ballads and mid-tempo rockers, from “Iris” to “Slide.” Originally written for the soundtrack to “City of Angels,” “Iris” put the Goo Goo Dolls at No. 1 on Billboard’s “Top 100 Pop Songs 1992–2012” chart, which also featured “Slide” at No. 9 and “Name” at No. 24.

This hotly anticipated tour is already selling fast as an extensive presale has already taken place with many seats selling out already. Buy your tickets today whilst they are still available!