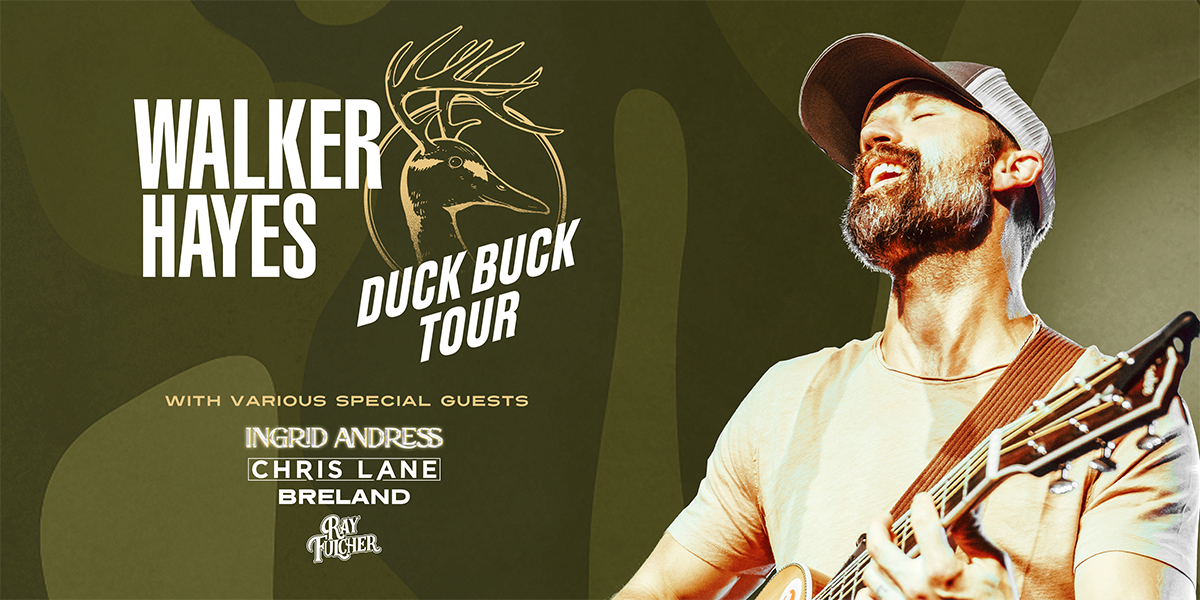 Tickets to Walker Hayes at the Leader Bank Pavilion are selling fast, buy yours now whilst some are still available.